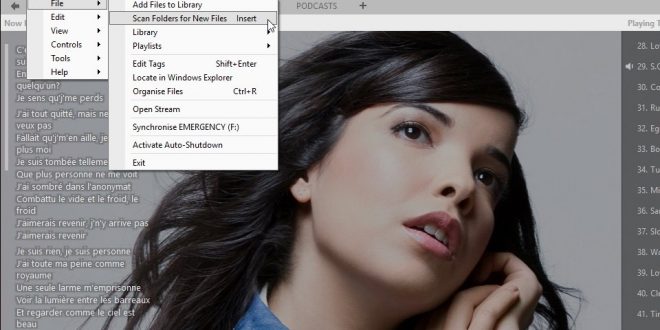 All music libraries are different, and a dedicated free music player can help you get the most out of yours. If you’re still using a general purpose media player, you’re missing out on a wealth of features that can make organizing, expanding and enjoying your music a breeze.

A clear winner emerged in our tests, but the other four free music players are all superb in their own right and well worth a look – especially if your music collection is fairly small, or you really need software that can handle video as well.

Easy to use and feature-packed, MusicBee is the best free music player and manager around

MusicBee is a free music player created for serious music lovers and includes everything you need to manage and enjoy your collection, no matter how large (it’s reportedly handled a library of over 500,000 tracks without a hiccup).

Switching to MusicBee is easy. The first time it runs, the app scans your PC for music and lets you import your files from Windows Media Player or iTunes. Tracks are catalogued, but aren’t moved unless you’ve checked that option under Library Preferences so there’ll be no surprises.

Once your songs are imported, tagging them is a piece of cake; hit Shift+Enter to open the tag editor and go to work. MusicBee’s automatic tagging is superb, or you can update metadata yourself using industry-standard tags for each file format.

As in Windows Media Player, adding artwork is as simple as copying and pasting, and it isn’t limited to the album cover – you can also add pictures of the artist, lead singer, band logo, and photos from live performances. These additional pictures are used throughout the player as navigation aids, and as visualizations while tracks are playing. MusicBee also searches for song lyrics to display as each track plays.

This free music player is designed to make the most of your PC’s hardware, including top-end soundcards and surround-sound setups, with upmixing for stereo sound. Continuous playback eliminates silences between tracks (ideal for Pink Floyd fans), and you can choose to add silences or fades, normalize volume, and experiment with the equalizer.

MusicBee is also great for streaming from internet radio stations and listening to podcasts, and supports both SoundCloud and Last.fm. You can even link it to VLC Media Player to stream video podcasts.

The free music player supports almost every audio format around and converting files is simplicity itself, with presets for different playback devices (though for MP3 encoding you’ll need to download the LAME codec).

If all of that isn’t enough, there’s even an Android app for controlling MusicBee remotely, and support for WinAmp plugins. You won’t find a more comprehensive free music player, and although it’s not open source, it’s completely free to use and tinker with for personal use.

Like all the best free music players, AIMP makes organizing your songs a breeze – even if your collection is currently a sprawling, disorganized mess of tracks in different formats and locations, with incomplete or missing metadata.

Your AIMP library can be built using files from multiple directories and ripped from CDs, with automatic track numbering and tag filling to help you get it in shape.

AIMP supports a huge number of formats, and additional encoders are available as user-created add-ons. Most music player extensions are extra visualizations and skins that, although cool, have little practical use. By contrast, AIMP’s plugins include some real gems. Some of the highlights are a YouTube extension that lets you build playlists from multiple videos, an add-on for streaming music from a SoundCloud account, and an extension for controlling AIMP remotely via a web browser.

The app also features some unusual built-in tools, including an alarm clock function that starts playing at a certain time, a wind-down setting that shuts down your PC at the end of a playlist, and a voice remover for making your own karaoke tracks.

It’s not as feature-filled as MusicBee, but its thoughtful design and carefully curated feature-set earn this free music player a respectable second place.

MediaMonkey plays and organizes both music and video, and unlike some dual-purpose media players, it does an excellent job of both. It identifies tracks with missing metadata and searches for the information online, and like MusicBee, its superb tagging tool lets you tag files using industry-standard formats.

You can also tag music during playback, which is a great option that avoids the need to preview snippets of tracks before labelling them with a mood or genre to generate playlists.

MediaMonkey organizes your music library in a logical hierarchy, and its File Monitor ensures everything is kept up to date as you add, edit and remove files. It works well, but if you want total manual control you’ll need to install a third-party plugin.

As a slightly trimmed-down version of a premium product, MediaMonkey’s interface has a little more gloss than its open-source competitors, but at the expense of some features. The paid-for Gold version includes a party mode that locks the interface to prevent guests messing with your carefully curated playlist, built-in conversion for TVs and mobile devices, and MP3 encoding for ripped CDs. None are essential, but their absence pushes MediaMonkey’s free music player to third place.

This free music player will look up metadata for untagged tracks when you rip an audio CD, and can identify and erase duplicated tracks. foobar2000’s library doesn’t update in real time, but it can detect changes and remove dead links.

foobar2000 supports all common audio formats, and includes a Quick Convert tool with various presets and options for creating your own profiles. If you encounter a file that it can’t open, extra codecs are available as user-created plugins, which are installed via the Preferences menu.

Rather than flashy skins, foobar2000 features a customizable modular interface that gives you the information you want in a format that’s convenient for you. Modules include album art, search box, playlist manager and various visualizations, with optional tabs for easier navigation. Custom layouts can be saved as themes for future use, and you can experiment with different settings using a built-in scratchbox.

All in all, foobar2000 is an extremely lightweight and adaptable option that suits smaller music libraries.

Open source VLC Media Player is best known for its video-handling chops, but it’s also a superb music manager that can play almost any format without installing any additional codecs – and convert between them, too.

VLC can also stream music from a local network or the internet, including internet radio stations, which you can set up as a playlist for quick access.

Managing your music is easy – just drag files and directories into the Media Library, and VLC Media Player will sort them all into folders. You can organize tracks by album, artists, genre of any other metadata, and use the built-in search tool to find the song you want.

VLC also supports extensions. Most of these are designed to optimize video playback, but a few – including ones for silencing ads on internet radio stations – are specifically for music-lovers.

VLC is lightweight and works happily on all versions of Windows from XP onwards. Versions for Mac, Linux, Android and iOS are also available. If you’re looking for a single app to handle both music and video then it’s hard to beat, but for music alone, the dedicated tools above will serve you better.