Physics Teacher: "Isaac Newton was sitting under a tree when an apple fell on his head and he discovered gravity. Isn't that wonderful" Student: "Yes sir, if he had been

[/IMG]
Physics Teacher: "Isaac Newton was sitting under a tree when an

apple fell on his head and he discovered gravity. Isn't that wonderful"

Student: "Yes sir, if he had been sitting in class looking at books like us, he wouldn't have discovered anything." 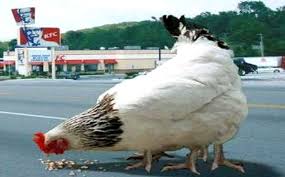 Why did the chicken cross the road?

Issac Newton1: Chickens at rest tend to stay at rest. Chickens in motion tend to cross the road.

Issac Newton2: It was pushed on the road.

Issac Newton3: It was pushed on the road by another chicken, which went away from the road.

Issac Newton4: It was attracted to a chicken on the other side of the road.

Newton Proved that I am n

Once all the scientists die and go to heaven. They decide to play hide-n-seek

Newton just draws a square of 1 meter and stands in it right in front of Einstein.

All the scientists come out to see how he proves that he is not Newton.

The SI unit of the pressure is the pascal with the formula sign Pa. 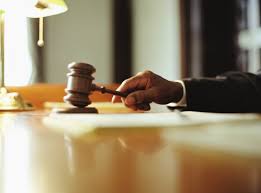 Sir Isaac Newton had a theory of how to get the best outcomes in a courtroom. He suggested to lawyers that they should drag their arguments into the late

afternoon hours. The English judges of his day would never abandon their 4 o'clock tea time, and therefore would always bring down their hammer and enter a

hasty, positive decision so they could retire to their chambers for a cup of Earl Grey. This tactic used by the British lawyers is still recalled as Newton's Law of Gavel
Tea

A Few Interesting Facts about Newton

As a boy he showed little promise in school work. In fact, his school reports had described him as 'idle' and 'inattentive'.

He never married and lived modestly, but was buried with great pomp in Westminster Abbey.

He suffered from depression throughout most of his life.

Newton owned more books on humanistic learning and religion than on mathematics and science; all his life he studied them deeply and wrote about this topics.

Devoted much of his time to alchemy.

Was member of Parliament.

Served as the Warden of the Royal Mint.

Was a wealthy man.

« greetings, please get in and read | MY ONE TRUE LOVE »